Trump or Clinton? Blessing or Curse?

Trump or Clinton? Blessing or Curse? 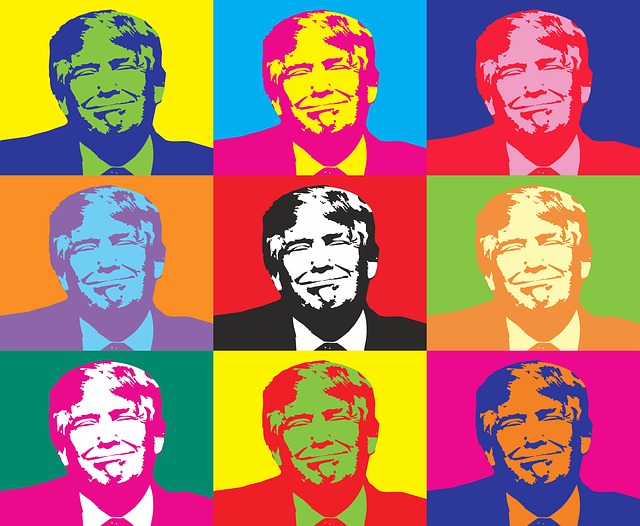 What was considered nearly impossible by political forecasters and pollsters a year ago is increasingly becoming more probable – the prospect of a Donald Trump presidency. With the candidates polling roughly even with a little more than a month left to go until Election Day, the outcome remains uncertain, terrifying some, exciting others, and perplexing the rest of us. Regardless of who ends up elected on November 6th, a smart business person would be wise to consider the broader picture and prepare themselves for the election no matter the outcome.

Judging by some of the media coverage, it may seem like it is time to start stocking up your Cold War-era bomb shelter to prepare for the possibility of a Trump presidency. In its endorsement of Hillary Clinton, the New York Times Editorial Board recently named Donald Trump the “worst nominee put forward by a major party in modern American history.” The Economist Intelligence Unit, a research firm, named a Donald Trump election victory one of the top ten economic risks facing the globe today, ranking it alongside a breakup of the Euro Zone and the rise of jihadi terrorism. Former U.S. Trade Secretary, Larry Summers, predicts Trump’s policies would cause a recession with global implications in less than 18 months. Nevertheless, despite all of this prophesizing, Trump himself, toting his career as a successful entrepreneur and businessman, promises job creation and economic growth on a level not seen since the Reagan era.

Central to Donald Trump’s campaign is his promise to “Make America Great Again.” Hillary Clinton counters this with the claim that America is already great, citing the tremendous economic gains made since the 2008 – 2010 Great Recession under the Obama presidency. To get out from under all of the hand-waving and finger-pointing, a sober look at the statistics does suggest the U.S. economy has made a significant recovery in the past six years. According to the U.S. Bureau of Labor Statistics, the unemployment rate has been cut in half since the recession from a high of 10.1% to just 4.9%, and continues to trend downward.

While the central premise of any presidential candidate, whether Democrat or Republican, is the promise of job growth and economic development, it remains unclear to what extent presidential leadership actually has on the economy. Stephen Dubner, of Freakanomics fame, suggests that the president actually has very little influence on the direction of the economy. Dubner points to the 2004 Bush – Kerry presidential election and the stock market’s reaction to the premature announcement of a Kerry victory. The market changed very little, he points out, suggesting that those decision makers who actually pay attention to the working economy could care less who was elected for president. In 2014, Derek Thompson, writing for the Atlantic, penned an article with the controversial headline, “The President of the United States Does Not Control the Economy”. In it, Thompson points out that while GDP growth tends to be higher under Democratic administrations than Republican ones, this is often a matter of sheer luck rather than policy choice. So, while one might expect the economy to grow slower under a Republican administration, one should not necessarily hold that administration responsible. The economy will continue on its own trajectory regardless of who is in the White House.

So where does that leave us now? Statistically, presidential election years tend to have higher economic growth than on average. Additionally, recovery from the Great Recession of 2008 – 2010 continues to improve. This is good news for job seekers and employers in all industries. At one point in the recession, there were nearly seven job seekers for every one employment opening. Since then, that number has drastically lowered to 1.34 job seekers for every one employment opening.

In response to this competitive employment market, NPR reports that companies have taken more aggressive approaches to hiring, improving benefits packages and raising wages. Job growth is particularly heavy in the service, retail, and hospitality industries. While traditionally low wage occupations, recent minimum wage increases across the country are raising incomes and putting more money into the pockets of American workers, and therefore more money back into the economy. In New York and California alone, more than 9 million workers will be affected by new laws mandating a $15 minimum wage. Despite the resistance to raising the minimum wage, these new policies are not expected to significantly reduce hiring rates.

Despite prognosticating from both sides of the aisle, the general trend of economic improvement is not expected to significantly change, despite who will be sitting in the Oval Office come next year. This is good news for both employers and job seekers. The time is ripe for workers to put themselves on the job market to look for new and better opportunities. Employers are also aggressively recruiting top talent in an ever-increasingly more competitive labor market. But while the economy is generally improving, it is significantly changing as well. Job seekers in declining sectors need to focus on their transferable skills in order to successfully adapt to the new economy. Traditional sectors such as manufacturing are experiencing declines in employment numbers as companies move their operations overseas, while more modern industries, such as e-commerce and software publishing, are seeing rapid growth in employment figures and wages. In response to this changing economy, it has become increasingly common to see companies partnering with educational institutions, such as community colleges, to help re-train workers and build a reliable labor pool to recruit from.

All of this should be good news for job seekers and employers alike. A competitive labor market ensures a motivated and dedicated work force for employers, while workers have the opportunities available to pursue new positions and develop their careers. This contributes to a robust and active economy that we can all believe in. When you get beyond the name-calling and mud-slinging that has so characterized the 2016 U.S. presidential election, you can rest at ease knowing the economy continues to move in a positive direction. Why have to choose between Trump’s “Make America Great Again” and Clinton’s “America is Already Great”? Let’s just make it better for all of us regardless, and the good news is: We seem to be going in the right direction.