Why Your Boss Cares About Starting on Time

There’s always something that can make us run out of time before work: the bus driver is new, the train runs late or you just plain woke up late. Whatever the case, if you’re not on time for work your boss is gonna be peeved, to put it mildly.

Whether you have motivation for your job or not, your boss does have a legitimate reason for their frustration. It’s not just on principle – being on time has important implications in leadership, teamwork and compensation.

When your boss doesn’t enforce time rules, it sets two bad precedents: their authority isn’t solid, and there’s favoritism in the workplace.

In some jobs you might love or hate your boss, but for any workplace to succeed you and your coworkers need to respect your boss. When you don’t show up on time, it undermines their authority and can lead to a general laziness on your other responsibilities as well. It might sound extreme just for not showing up on time, even if by a couple minutes, but discipline makes excellence in any workplace.

If someone else was never coming in on time without any form of reprimand, you would be frustrated right? Knowing the level of acceptable responsibility is lower than what you put into a job would make anyone feel underappreciated for following the rules. This is the problem of favoritism, which can lead to bad relationships between staff as well as decreased morale and standards of the entire team. 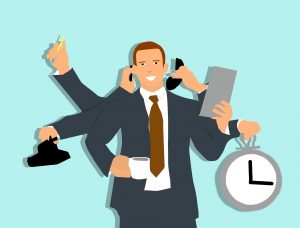 As much as we’d like, no amount of multitasking can make up for coworkers who don’t arrive on time.

Every Person is not Independent

In any workplace, everyone operates as a team. In a restaurant, you need servers working with guests, bussers cleaning and resetting tables and chefs cooking the food. If someone doesn’t arrive on time for a hectic day, they not only increase their own workload, but all of their teammates as well.

On top of this, your customers/clients also suffer when your team suffers. Again, it seems like a minor issue, but these things can build up into compounding issues if you don’t discipline yourself on the simple things.

Compensation is based on time worked

Especially in hourly pay jobs, showing up on time is also crucial for your own well being too. Depending on the job, you might even get into much more serious trouble for missing work, including termination.

But none of this is as important as the fact that getting to work on-time and ready to go is for you, not your boss. It’s so you can start the day prepared and organized. It is nice to avoid dealing with the stress of an angry boss, but there’s no better reason to arrive on time than making your job the best you can for yourself.